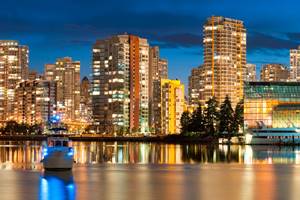 Vancouver is Canada’s west coast seaport in British Columbia. It is the densest, diverse, as well as known for their artistic and anthropologic pursuits. Here are some of the best attractions that Vancouver has to offer:

The garden, located at 578 Carrall St, Vancouver, BC V6B 5K2, was built between 1985 and 1986. The Garden follows the patterns of nature. This was the first example, outside of China, that represented the Ming Dynasty and how they lived their lives through this example of communion with nature. There are events that will provide a history of the early population of Chinese in the late 1800s when they attracted enough to build Chinatown and construct businesses and the Sing Kew Opera House, which helped to bridge the cultures. There are also programs for schools, groups, and the public.  Taking the guided tour with a knowledgeable docent will give you added insight into many of the elements within the Garden.  This is a nice place to get your Zen on.

This one is not for the faint of heart. At least if you are not afraid of heights, that is! There is just not one, but seven suspended footbridges in this park. This started as a single bridge over the Capilano River in 1888 with a hemp rope and cedar planks. The suspension bridge was opened to the public in 1889 and stretches 450 ft across and is suspended 230 ft above the Capilano River. There is also a Cliffwalk along the granite cliff of the Capilano Canyon. There are only 16 anchor points that hold the Cliffwalk to the Cliffwalk to the side of the cliff. As you walk down these cantilevered walkways, you will encounter sections of glass-floored sections instead of wood, which will be the only separation between you and the canyon floor. This beautiful but heart-stopping trip through this living forest, the suspension bridges, and Tree Top Adventure promotes continuous growth of the Douglas-firs with an innovative tree collar system, void of penetrating nails or bolts.

Stanley Park is a 1,000-acre urban park located on an island between Vancouver and West Vancouver. There are several access points, depending on the mode of transportation you choose to use.  There are plenty of things to do at this park, starting with walking and cycling the Seawall, exploring 16.8 miles of trails, golfing, and a play center the children ages one to twelve with an adult for activities, picnic areas, playgrounds and tennis courts. You can even visit the Vancouver Aquarium, located within the Park.  Then, there are places to play or relax by the water with a water park, heated pool, and three beaches.  There are train rides, with events for certain times of the year and tours available. Along the way, there are even places where learning about the Park through discovering the carvings in the totem poles in the park will tell you a little history about the First Nation people who worked and lived there along with the history of the last 125 years of the Park.