Amusement parks and theme parks never fail to bring endless entertainment to friends and entire families. Canada is home to quite a number of amusement parks and other similar attractions that are designed for everyone of all ages, from small playgrounds to thrill rides.  Should you decide to visit the northernmost country in North America, the following are the best attractions you might want to check out: Calaway Park, Canada’s Wonderland, Centreville Amusement Park, Dinotown, Galaxyland, La Ronde, Logos Land, Marineland, Playland, Storyland, Wild Zone Adventures and many more. Whether its outdoor theme parks, water parks or roller coasters you are after, you can be sure that Canada has something to offer for you. To make your trip to the country worthwhile, you can use this site to plan your entire trip. Don’t forget not to miss the best amusement parks, zoos, museums, zoos and natural places in the country! 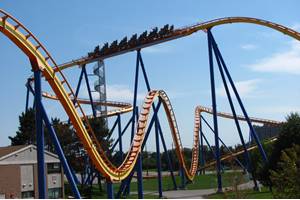 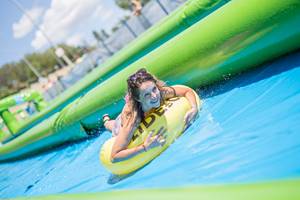 The following articles will provide you with interesting information, useful tips and insights about amusement parks in Canada.

Canada's Wonderland is a 330-acre theme park located at 1 Canada’s Wonderland Drive, Maple, ON, L6A 1S6 in Vaughan, ON, Canada. It opened May 23, 1981. The current owner of the park is the Cedar Fair Entertainment Company. As of 2014, they ranked sixth of ten of the top ten theme park groups worldwide. There are eight themed areas within Canada's Wonderland park. You will find a list of major attractions these 8 themed areas offer in this article. [Read More]