Find the most popular tourist places in Canada from all top destinations. There's over 7,000 tourist attractions in various cities of Canada. The major provinces in Canada with top travel destinations are Ontario, British Columbia, Quebec, Alberta and New Brunswick. And the major cities are Toronto, Montréal, Winnipeg, Vancouver and Niagara Falls.

The second largest country in the world is quite the tourist attractor due to the variety in its geography. Most tourists flock around its five major metropolitan areas: Calgary, Montreal, Ottawa, Toronto and Vancouver but the other provinces and territories still have quite a lot to offer as well. Canada is home to 17 World Heritage Sites including the Nahanni National Park, which is one of the oldest. The entire country offers diverse cultural and entertainment attractions for everyone. It is also full of historic sites that will take you down memory lane of Canada plus countless national parks to make you one with nature. Plan ahead and make sure that you don’t miss out on the best attractions in the country.

All Canada tourist places and attractions are grouped in the following categories. Click on a category bellow to find all the attractions of that type. 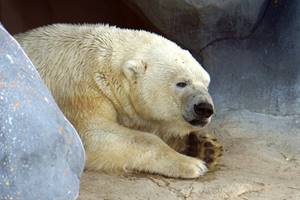 The following articles will provide you with interesting information, useful tips and insights about tourist places in Canada.

The Shuswap is a region located in the North Thompson Valley of British Columbia. The region is located between the Purcell and Shuswap Lakes. [Read More]

Publish Your Articles on Travel & Tourism in Canada

Tourist Places Canada (this website) now allows you to publish articles related to travel and tourism in Canada. You can share your tour experiences in the articles, present various attractions in your locality, or may describe your tour packages and services if you are a travel agent in Canada. [Read More]

Montreal is the largest City in Quebec with KOAs and other camping sites dotting the outskirts of the primarily French-speaking city. Here's the best 5 campgrounds near Montreal for outing and vacations. [Read More]
View All Articles